I am working hard on bringing more of the travel aspect to this blog – one has to get to the right context somehow! As part of that, I’m working to create useful Google Maps for people to reference when they want recommendations in places we’ve been. It’s a fun project and is getting me very excited for our upcoming trips!

21 years ago last month, I tried to take my own life.

I’d been fighting depression and bullying in my senior year of high school and ending my life felt like the only way to end my pain. Once I made the decision, I was actually happier than I’d been in weeks – I was taking control! I was going to be okay! (By, you know, not being.)

I won’t say I regret that decision for myself, but I do regret the pain it caused people around me. For me, however, I had to go through that to get the help I needed. The days I spent in an adolescent psych ward were both frustrating and educational. I met other teens who were dealing with poverty, abuse, and addiction – some of them minimized my depression because I was a spoiled kid from the suburbs. 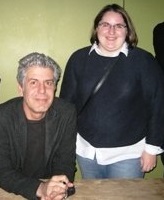 In the past ten days we’ve lost two celebrities and, closer to home, I know of two friends of friends who’ve lost their battles with depression. Especially with people like Kate Spade and Anthony Bourdain, people are quick to point out “oh, but they had wealth and fame and help and resources and this and that.”

One of the things that took me a long time to understand is that often, depression is WORSE when things are good. It’s so frustrating to look around and see all the reasons you should be okay, should be happy – and instead, feel worthless and hopeless. Depression is always awful, but the pain can cut twice as deep when you know you should be at least content.

In the past 21 years I have had bad times, some even worse than that senior year of high school. And I have had good times, such good times. Depression comes regardless of where I’m at on this roller coaster we call life. Depression doesn’t care if you’re a celebrity, a spoiled kid from the suburbs, or an addict.

When we were drinking cocktails in London and Scotland last summer, we frequently found ourselves discussing the distilling boom back home – with an added emphasis on aquavit. Most bartenders were surprised to hear it was so popular! It’s great to see Minnesota’s aquavit game get national press.

Here are some of the region’s best aquavit producers.

The lost history and rebirth of America’s first homegrown spirit.

Source: Is Peach Brandy the Next Hot Spirit? – The Daily Beast

Need a great gift or just a way to make the Holiday season more fun? Check out Masters of Malt’s boozy Advent Calendars!

I used Master of Malt last summer to create a 40th birthday gift set of only spirits older than the birthday boy – that was only five drams but still SO MUCH FUN to assemble!

Launched in 2010, Drinks by the Dram was a way of offering spirits enthusiasts and connoisseurs the opportunity to sample releases at a fraction of

Source: Drinks By The Dram – Master of Malt

A team of brewing industry veterans announced plans to open their own brewery in St. Paul’s Lowertown. Barrel Theory Beer Company is expected to open in ea

Wish you could find lots of great beverage related events in one place (and probably some food events too, because you need to eat)? Now you can with the Drinking in Context event calendar!

Check it out now and find something awesome to do! Or find it anytime in the sidebar of the homepage.

An average cocktail bar throws away eight bags of organic waste a night. Bartenders Iain Griffiths and Kelsey Ramage want to change this by reusing ingredients.

Source: These Zero-Waste Cocktails Are Made with Old Pineapple and Used Coffee Grounds | MUNCHIES

Some interesting ideas in here.
I was recently in a cocktail class that talked about planning events and one rule of thumb was a pound of ice per cocktail. When you think about the stirring and diluting and serving, it adds up to a massive amount of water.
There are so many ways to use things that will otherwise go bad – this is part of why we so often have a half-dozen different syrups and shrubs at a home bar that serves two. (You should come over, please.) I also always have a bag of veggie waste in the freezer to go in a stockpot when I have a chicken carcass, stock making is basically magically turning trash into food and I love it!

After more than 10 years setting the pace of the craft beer revolution in Minnesota, Surly Brewing Co., Head of Brewing Operations Todd Haug has resigned his position at the Twin Cities Brewery. “I’d like to thank our family, friends and fans – Surly Nation – for always believing in our vision. It never gets […] 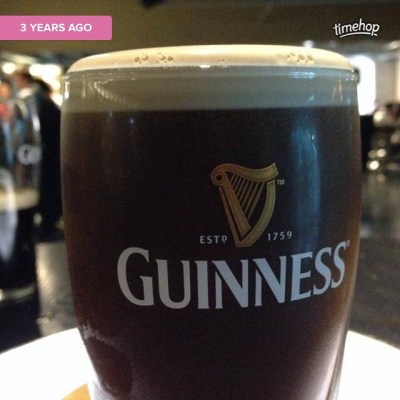