Because we hadn’t already had enough fun wandering around St. Paul, we decided to take the Green Line in the opposite direction to Downtown Minneapolis for the 6th Annual Iron Bartender opening night. This is one of those events I often heard about after the fact, but have recently been more in the loop AND can get out a bit more easily these days. This occasionally makes me feel like a cocktail bar groupie, but I’m pretty damn okay with that.

Iron Bartender is an annual event in which 16 local cocktail bars go head to head in a March Madness style bracket competition. (Confession, I have no idea if what I just said makes sense, but it sounds good.) Eight teams competed this week, eight more will compete on the 20th, and then the eight winners from the first two rounds will compete on the 27th. The finalists will have their showdown on October 4th. This year, competition is taking place at The Pourhouse in the Lumber Exchange building.

This year’s competition started with Marvel, Parlour, Saint Dinette, La Belle Vie, Il Foro, Hola Arepa, Bradstreet Crafthouse, and Eat Street Social. I don’t know who’s up next week, but I’m sure it’s an equally impressive lineup. While we’re often Team Marvel, I also had to cheer on Saint Dinette – especially since we had been there twice already that day. Brian and Aaron didn’t make it to the next round of competition, but we’re sure to have a few more rounds with them anyway.

All of the teams brought their home
bar’s unique flavor to the stage, but one in particular brought ALL their flavors. Hola Arepa? More like Hola Syrupa! They lined their bar with brightly colored bottles full of (I assume) homemade syrups, tinctures, tonics, and bitters. It was an impressive sight.

Making it to week two is unlikely, but we’ll definitely be checking out weeks three and four. And getting a few tastes of some of the town’s newest bars has added to our must try list! 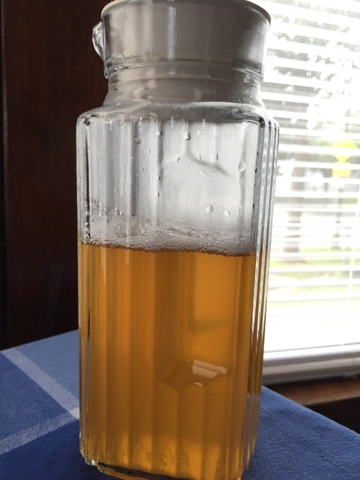 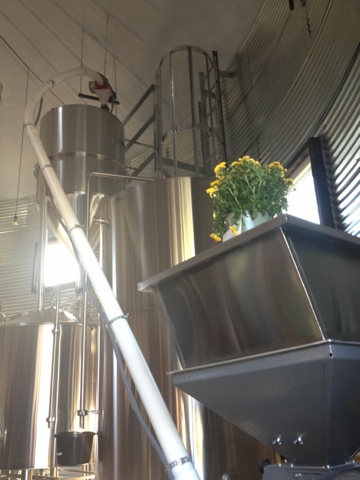 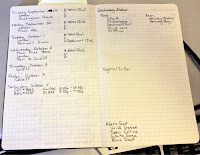 Here’s a sneak peek at my journal, some notes are easier to make on paper. I’m trying to balance places I want to go against places my Mom will prefer. Jamie’s Italian for her, Beard to Tail for me. 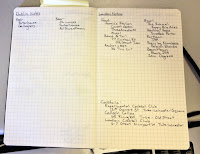 When I first found out abuot this trip, I did what any normal person would do – I started a spreadsheet of booze research. What, you don’t do that? You should. I store it in the same folder as my home brewing notes.
I’ve neglected it a bit so need to do some last minute cramming but I’m pretty proud of the research so far!
Check it out:
https://docs.google.com/file/d/0B_AoRXFoaWZcNTZYUks2SGpQR2M/edit?usp=sharing